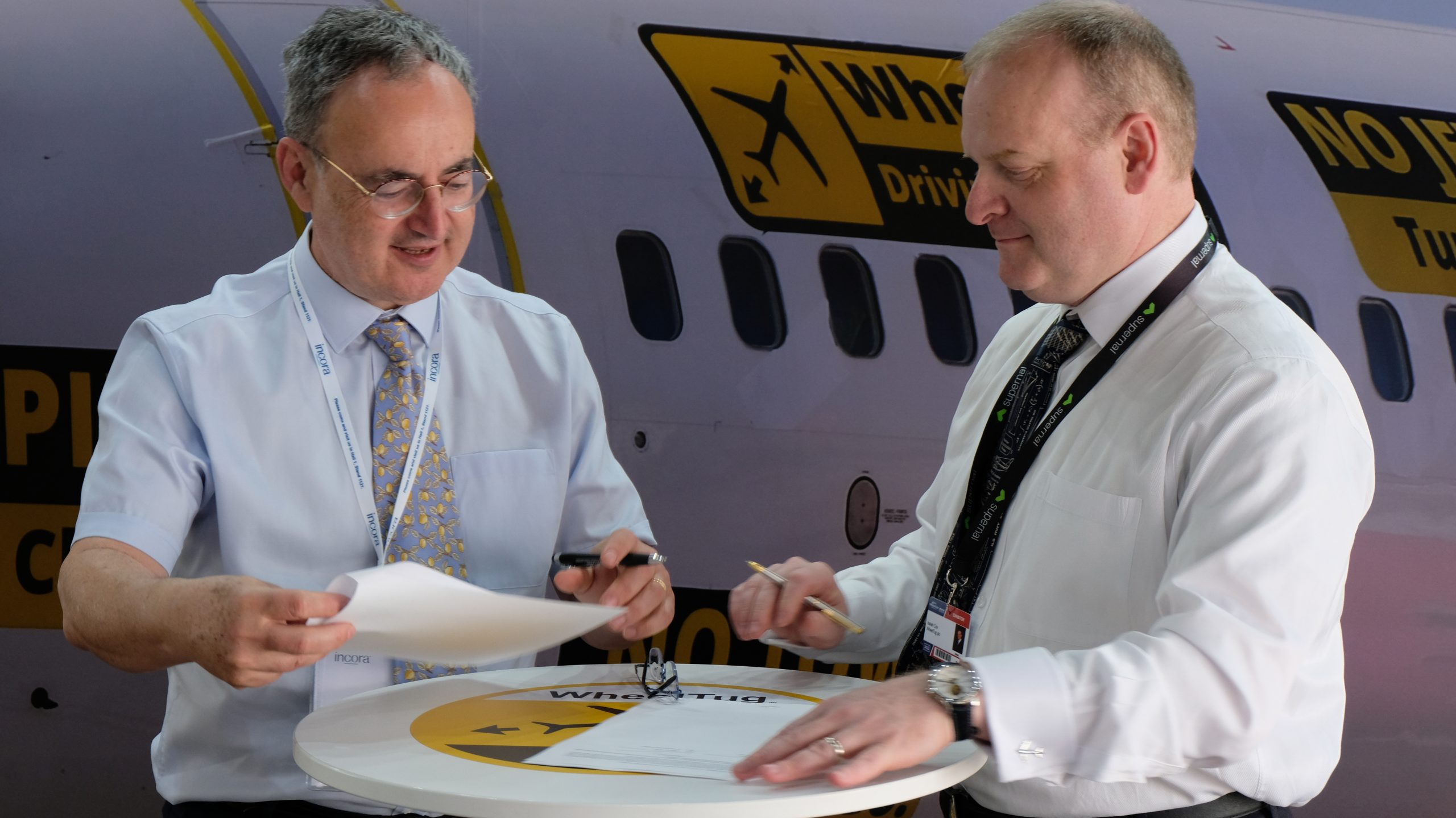 Aviation pioneer WheelTug is pleased to announce that Spanish airline AlbaStar has signed as the WheelTug Launch Customer for Europe and will be the first to employ WheelTug’s innovative electric taxi solution there. AlbaStar will be deploying the system across its 737NG fleet, where improved emissions and utilization metrics will ensure the airline’s current aircraft remain a very cost-effective option. The agreement allows AlbaStar the option to convert the rights to A220 and/or Boeing MAX aircraft when WheelTug’s systems become available for those aircraft.

Installed on aircraft as a retrofit, the WheelTug system enables pilots to taxi and maneuver aircraft with engines off using electric motors inside the nose wheels. This eliminates jet blasts in busy areas and greatly simplifies pushback and arrival procedures at both gates and stands.

AlbaStar will also benefit from WheelTug Vision, the camera and sensor system installed on the aircraft that offers pilots improved situational awareness than is currently available. Pilots will be able to better survey their surroundings – not just off the wings, but also behind and underneath the aircraft. This panoramic view will reduce the need for marshaling personnel, who are, in particular, in short supply at present. Greater visibility will also be useful for situations where pilots presently have little or no visual reference, for example confirming flap settings or cargo door closure.

The WheelTug system will increase the safety and dependability of individual flights, and these improvements will spread across the entire airline network. This is an important consideration for AlbaStar, which offers its passengers a wide range of options: scheduled services, charters for everyone from sports teams to religious pilgrims, and flights for passengers with special needs / reduced mobility and other medical requirements.

AlbaStar has chosen WheelTug not just for safety and operational reasons, but also because WheelTug offers a compelling environmental case. Employing WheelTug systems across the AlbaStar fleet will reduce the airline’s combined CO2 and NOx emissions by as much as one million kilograms every year, an important consideration for any airline, especially in the context of achieving the ambitious goals of the Green Deal and other environmental initiatives.

Michael Harrington, CEO of AlbaStar stated in the launch ceremony “For AlbaStar to be the European launch customer of such an important project for cutting CO2 emissions is a great honor and we very much hope this will set a game-changing example with other European airlines.”

As part of the agreement, WheelTug will have the use of an AlbaStar aircraft for system testing as well as both ground and flight tests for certification. This follows on the successful testing WheelTug performed using an AlbaStar 737-800 in fall 2020 at Memphis International Airport in Tennessee, USA.

“Collaborating with AlbaStar in Memphis was such a positive experience that we are all the more pleased to partner with them again, this time as our Launch Customer,” said WheelTug CEO Isaiah Cox.

With the Launch Customer Agreement signed, AlbaStar is now one of over two dozen airlines worldwide that have reserved delivery slot positions for more than 2,000 WheelTug systems. The first 737NG systems will enter service in mid-2023.

An IATA & AIRE member with IOSA certification, AlbaStar is a Spanish private airline with the highest operational and safety standards. Founded in 2009 and have its headquarters in Palma de Mallorca, Spain along with other bases in Italy since 2014. Over the years the airline has offered dependable charter services to tour operators, the Italian Ministry of Defense, and top sports associations. AlbaStar is also Europe’s leading pilgrimage airline to Lourdes.

Over the years, the airline has become a reference point for tour operators, brokers, the Italian Ministry of Defense, top sports associations and individual customers, offering the market an increasingly flexible business model, comprising scheduled and on-demand flights, as well as connections for religious tourism. AlbaStar operates with a fleet of five B737-800NG and a B737-400, which comply with the strictest and most stringent safety standards required by EASA.